Sunshine Week is a national initiative to promote a dialogue about the importance of open government and freedom of information. The latest Sunshine Week events include: First Amendment Center at Newseum to host 15th Annual National Freedom of Information Day, an online quiz that test your knowledge of Tennessee Sunshine Law, and more.

How can we make the places we live more awesome through data and technology? How can we make public information more relevant and useful? This is the Knight News Challenge: Open Gov. The latest Knight News Challenge is an opportunity to accelerate promising ideas and trends on open government. Knight would welcome a broad range of open government innovative proposals from our member groups.

Nominations for inclusion into the State Open Government Hall of Fame are now being accepted. Heroes of the 50 States: The State Open Government Hall of Fame is a joint venture by the Society of Professional Journalists and the National Freedom of Information Coalition. It was developed by leaders in both organizations as a way to recognize long-term contributions of individuals to open government in their respective states.

The National Freedom of Information Coalition and the Public Affairs Research Council of Louisiana bring you the 2013 FOI Summit on May 17 -18 in New Orleans, Louisiana. This is your best opportunity to get a clear view of the state of disclosure and access laws, state by state. 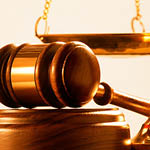 The Supreme Court's justices suggested on February 20 that state laws limiting access to government records to their own state residents might be pointless, but the justices seemed not to be persuaded that the laws are also unconstitutional. The case, McBurney v. Young, deals with the issue of whether a state may prevent citizens of other states from having the same right of access to public records that the state affords its own citizens.

Members in the News 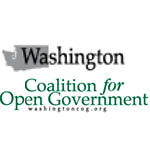 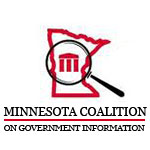 The First Amendment Foundation will host a Sunshine Summit at St. Petersburg College Saturday, March 16, to discuss reform initiatives in the critical areas of accountability, transparency and access. The summit will be free and open to the public, and representatives from a wide variety of interest groups and non-profits will be invited to participate. Noted author and political commentator Diane Roberts will be the keynote speaker.

The Society of Professional Journalists annually recognizes exceptional contributions to the media industry through the SPJ Honors. Help SPJ recognize the outstanding members of the journalism community.

Missouri House of Representatives Resolution No. 459 of 2013 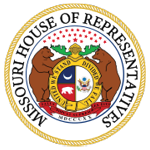 Timothy W. Jones, Speaker of the Missouri House of Representatives, presented this resolution to the Missouri Press Board on Feb. 20 in Jefferson City. The Resolution No. 459 was adopted on Feb. 19.

Barbara Petersen, president of the First Amendment Foundation, pointed out four areas needing improvement in Florida’s Sunshine Laws. She is pushing to have changes made in the coming years and will discuss them further at a symposium March 16 at St. Petersburg College.

A recent letter from Congress to the Justice Department represents a positive development toward strengthening the Freedom of Information Act (FOIA). The letter, sent Feb. 4 by the House Committee on Oversight and Government Reform, asks what steps the government is taking on a number of key transparency improvements.

The S.C. House will consider ending part of the exemption that lawmakers have from the state’s sunshine laws. The state’s Freedom of Information Act, which outlines the information that public officials and government bodies must make available to the public, currently exempts members of the General Assembly and their staff from disclosing memos, correspondence and working papers.

Two years after Utah lawmakers drew public fury with a restrictive public records bill, some legislators are keeping up a reconciliation effort with bills to designed expand access to public records. Lawmakers have introduced legislation to create online portals for legislative emails and other public records and to require agencies to waive records request fees in certain cases.

See the latest State FOIA Friday for FOI and local open government news items selected from many of interest that we might not have drawn attention to earlier in the week. The latest issue includes: Colorado fees impede government transparency (poll) … NC public access to gun records enters debate … LSU rebuffs public records request … Use of private emails for public work sparks FOIA battle … Bill could reduce cost of getting public records … The Oregon House passes bill to shield certain bed bug data from public records … Wisconsin Rapids School Board approves rate hike for public records. Read more from the latest State FOIA Friday and be sure to check out our archives from Fridays past.