Join the National Freedom of Information Coalition and the Public Affairs Research Council of Louisiana as we bring you the 2013 FOI Summit on Friday, May 17, and Saturday, May 18, from the Renaissance Arts Hotel in New Orleans. As always, expect the Summit to include stimulating presentations and panels featuring experts, advocates and champions of transparency and open government. Saturday's keynote luncheon will feature the induction of a worthy individual into the State Open Government Hall of Fame, a tradition NFOIC launched in collaboration with the Society of Professional Journalists a decade ago.

Members in the News 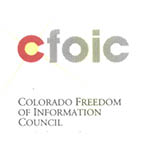 The Colorado Freedom of Information Council (CFOIC) seeks an executive director to lead its fight for open government in the Centennial State. The ideal candidate for this Denver-based position will be well-versed in open government law and the legislative process; comfortable working with attorneys, lobbyists, legislators and citizen volunteers; adept at organizing seminars for citizens and officials; and skilled in communications, marketing fundraising and grant writing. 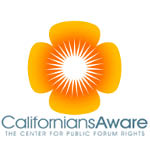 Terry Francke, General Counsel of Californians Aware, received the coveted Sunshine Award from the Society of Professional Journalists in San Diego March 28, 2013. The award was presented by Donna Frye, Director of Open Government for the City of San Diego and a prior recipient of the Sunshine Award. Mayor Bob Filner also presented a proclamation honoring Francke. 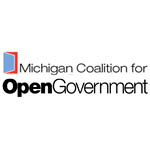 Sunshine Week is the official launch of the Michigan Coalition for Open Government (MiCOG), the first open government group in Michigan. MiCOG’s purpose is three-fold: to promote and protect transparency and accountability in state and local governments; to recommend significant freedom of information, open meetings and public access legal cases to the National Freedom of Information Coalition (NFOIC) for financial support; and to create educational programs and information. And MiCOG invites you to join its efforts.

As national Sunshine Week begins, Californians interested in using their laws to keep an eye on city hall and other local and state public agencies can get a free 50-page how-to guide from the state's premier open government resource center. Californians Aware (CalAware), the nonpartisan, nonprofit advocate for "open government, an inquiring press, and a citizenry free to exchange facts and opinions," is offering–without charge through April 15–its newly published Citizen Watchdog. 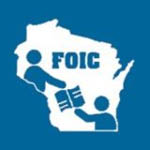 As part of national Sunshine Week (sunshineweek.org), March 10-16, the Wisconsin Freedom of Information Council acknowledges advocacy groups on opposite sides of the political spectrum, as well as media outlets large and small, in its seventh annual round of awards highlighting open government in Wisconsin. The winners will be invited to receive their awards at the third annual Wisconsin Watchdog Awards Dinner in Madison on April 24.

Shining a light on FOIA practices 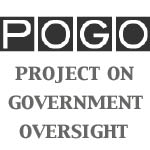 In celebration of Sunshine Week, a number of organizations released Freedom of Information Act (FOIA) reviews. These reviews, conducted by National Security Archives, the Center for Effective Government, Cause of Action, Associated Press, and OpenTheGovernment.org, indicate how agencies measure up when it comes to providing the public with information.

The forecast from this year’s National “Sunshine Week,” which annually focuses on issues of freedom of information and transparency in government, is “partly cloudy, with some sun and some storms.” On one hand, an Associated Press analysis released during the week found that the Obama administration in 2012 answered the highest number during his time in office of FOI requests for “government documents, emails, photographs and more, and it slightly reduced its backlog of requests from previous years.”

In a big victory for open government, a Superior Court judge in San Jose has ruled that the state’s Public Records Act applies to government officials’ emails and texts about government business — even if those messages are sent or received using the officials’ private email or text accounts, rather than accounts belonging to the government.

One of the major concerns we have had with Ohio’s open meetings law is that it leaves a lot of wiggle-room for public bodies to be overly vague and even evasive about the reasons why they go into executive sessions. Sen. Shannon Jones, R-Springboro, has introduced a bill (Senate Bill 93) that would take needed steps toward fixing this problem.

Barbara Petersen: Time to bring sunshine back to Florida government

Florida's open government laws have long been the envy of other states and indeed other nations struggling toward the transparency their citizens deserve. Despite our reputation for having the best, most effective open government laws in the United States, Florida received a miserable D+ for access to government information in the State Integrity Investigation, a collaborative project of the Center for Public Integrity, Global Integrity and Public Radio International. Florida received a perfect score for our laws guaranteeing access to government records, but in scoring whether those laws are effectively enforced, we barely managed a passing grade.

See the latest State FOIA Friday for FOI and local open government news items selected from many of interest that we might not have drawn attention to earlier in the week. The latest issue includes: Freelance reporter files three FOIA suits … The Public’s Beeswax … FOIA complaint: Attorney General's Office finds Woodbridge in violation … Breaking the law to publish the law: Open government advocate digitizes entirety of D.C. code … North Dakota open government wins, loses … Holding accountable all levels of government … Governor proposes $10 charge to access court files … Read more from the latest State FOIA Friday and be sure to check out our archives from Fridays past.