NFOIC is undertaking a project to help tell the story of why open government is important to us all.

#OpenGovVideos is a forum for experts and advocates to share the expertise and experience they have garnered regarding freedom of information, transparency, the Freedom of Information Act (FOIA), and what’s at stake in our fight for a government that is accountable and transparent.

The testimonials run anywhere from two to ten minutes in length and look at access issues through the lenses of journalism, the law, education, government and advocacy. If you care to participate or if you have ideas for participants or future avenues of interest, please email those to us.

Transcripts will be provided as they become available.

Michele Earl-Hubbard is a media lawyer for Allied Law Group in Washington state. She is also a former NFOIC board member, founder and board member of the Washington Coalition for Open Government, Washington State Delegate for the Society of Professional Journalists FOIA Committee and is listed as one of the Best Lawyers in America under First Amendment issues. See #OpenGovVideos with Michele Earl-Hubbard.

Toby Nixon is president of Washington Coalition for Open Government (a member of NFOIC), and a member of the city council in Kirkland, Washington. He served in the Washington State House of Representatives from 2002 through 2006 where he was ranking member of the committee with responsibility for Washington’s open government and election laws. He received the “Freedom’s Light Award” from Washington Newspaper Publishers Association for his work to protect and advance First Amendment interests in Washington. See #OpenGovVideos with Toby Nixon. 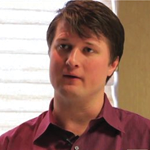 Michael Morisy is cofounder of Muckrock.com. He is an award-winning journalist who has had worked featured in Business 2.0, the New England Center for Investigative Journalism, New York Daily News and many other national and local publications. See #OpenGovVideos with Michael Morisy.

Bill Lueders, WisconsinWatch: Bill Lueders is a veteran Wisconsin newspaper editor and reporter who came the Wisconsin Center for Investigative Journalism after 25 years at Isthmus, a Madison weekly. He is also the elected president of the Wisconsin Freedom of Information Council, a statewide group that works to protect public access to meetings and records. See #OpenGovVideos with Bill Lueders.

Steven Doig, Arizona State University: Steve Doig is the Knight Chair in Journalism at Arizona State University, specializing in computer-assisted reporting — the use of computers and social science techniques to help journalists do their jobs better. Doig sat down with NFOIC to talk about transparency in Arizona and access to electronic data. See #OpenGovVideos with Steve Doig.

Shawn McIntosh, Atlanta Journal-Constitution: SHAWN MCINTOSH, editor at the Atlanta Journal-Constitution, is responsible for helping keep the newsroom’s radical reorganization on track, helping create a nimble and innovative culture and providing tools, training and change leadership to move the newsroom to a brighter future. Here, she sits down for a talk about the AJCs investigation into cheating in Atlanta public schools and their use of open government to break open the investigation. See #OpenGovVideos with Shawn McIntosh.

Bill Marimow, Philadelphia Enquirer: Bill Marimow was editor of The Philadelphia Inquirer and The Baltimore Sun and served as managing editor and vice president of news at National Public Radio. Over nearly four decades in the industry, he twice received the Pulitzer Prize. While Marimow was a top editor at The Baltimore Sun, the newspaper won Pulitzer Prizes for feature writing, investigative reporting and beat reporting. See #OpenGovVideos with Bill Marimow.

Peter Scheer, First Amendment Coalition: Peter Scheer is executive director of the First Amendment Coalition. He practiced appellate law in Washington, DC, both in the U.S. Justice Department and in private practice. He was a partner in the Washington, DC firm of Onek, Klein & Farr, and was general counsel to the National Security Archive. Here, Scheer talks with the NFOIC about the importance of access and how California’s transparency has shifted as a result of the state’s worsening fiscal situation. See #OpenGovVideos with Peter Scheer.

Mickey Osterreicher, NPPA: MICKEY OSTERREICHER, General Counsel for the National Press Photographers Association, talks with NFOIC about how best to handle covering the police in the wake of the Occupy movement. Mickey shares some stories from his 40 years as a press photographer and offers advice for photographers and videographers. See #OpenGovVideos with Mickey Osterreicher.

Daniel Barr, Perkins Coie: With more than 20 years of experience in the areas of civil litigation, media law and employment litigation, DANIEL BARR is a partner at Perkins Coie Law Firm in Phoenix, Arizona. He represents the First Amendment Coalition of Arizona and has taught Mass Communications Law at ASU’s Walter Cronkite School of Journalism and Mass Communication. See #OpenGovVideos with Daniel Barr.

David Fritze, Arizona Republic: DAVID FRITZE is a senior editor at the Arizona Republic where he also serves as the Chair of the Watchdog Committee. Mr. Fritze talks to NFOIC about how the Republic transformed its newsroom into an investigative, data-driven group, utilizing open records laws and monthly meetings. See #OpenGovVideos with David Fritze.

Charles Davis, University of Missouri: Charles Davis is an associate professor at the Missouri School of Journalism and the facilitator of the Media of the Future Initiative for Mizzou Advantage. Davis’ scholarly research focuses on access to governmental information and media law. He has earned a Sunshine Award from the Society of Professional Journalists for his work in furthering freedom of information and the University of Missouri-Columbia Provost’s Award for Outstanding Junior Faculty Teaching, as well as the Faculty-Alumni Award.See #OpenGovVideos with Charles Davis.

Tom Warhover, Columbia Missourian: Tom Warhover is an associate professor and chair of the print and digital news faculty at the Missouri School of Journalism. He also is the executive editor for innovation at the Columbia Missourian, a community newspaper edited by professionals and staffed by student reporters, copy editors, designers and photographers. See #OpenGovVideos with Tom Warhover.

Leonard Downie, Washington Post: Leonard Downie Jr. is the Weil Family Professor of Journalism at the Cronkite School of Journalism at Arizona State University and is vice president at large of The Washington Post, where he was executive editor from 1991 to 2008. During his 44 years in the Post newsroom, he was also an investigative reporter, editor on the local and national news staffs, London correspondent, and, from 1984 to 1991, managing editor under then-executive editor Ben Bradlee. As deputy metro editor from 1972 to 1974, Downie helped supervise the Post’s Watergate coverage. He also oversaw the newspaper’s coverage of every national election from 1984 through 2008. During his 17 years as executive editor, The Washington Post won 25 Pulitzer prizes. See #OpenGovVideos with Leonard Downie.

Emily Ramshaw, Texas Tribune: Emily Ramshaw investigates state agencies and covers social services for the Tribune. Previously, she spent six years reporting for The Dallas Morning News, first in Dallas, then in Austin. In April 2009 she was named Star Reporter of the Year by the Texas Associated Press Managing Editors and the Headliners Foundation of Texas. See #OpenGovVideos with Emily Ramshaw.