Award honors individuals who have shown a substantial and sustained commitment to open government and freedom of information issues at the state and local level.

COLUMBIA, Mo. (April 12, 2013) — Brian Sonntag, who retired earlier this year after serving five terms as the elected State Auditor in Washington state, has been selected for induction into Heroes of the 50 States: The State Open Government Hall of Fame. 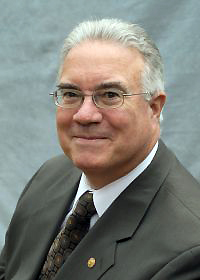 The National Freedom of Information Coalition (NFOIC) and the Society of Professional Journalists (SPJ) jointly announced Sonntag’s selection as the 2013 inductee today. The formal induction ceremony will take place at Saturday’s luncheon during the 2013 FOI Summit, held this year at the Renaissance Arts Hotel in New Orleans, La., May 17–18.

The State Open Government Hall of Fame is a joint venture by SPJ and NFOIC. It was developed by leaders in both organizations as a way to recognize long-term contributions of individuals to open government in their states.

Sonntag, the 13th individual chosen for the honor since the Hall’s inception in 2003, is the second inductee in a row from Washington and only the third elected official to be included.

Induction into the State Open Government Hall of Fame recognizes “long and steady effort to preserve and protect the free flow of information about state and local government that is vital to the public in a democracy.” The award is intended to honor individuals—living or dead—whose lifetime commitment to citizen access, open government and freedom of information has left a significant legacy at the state and local level.

A committee that includes a representative of SPJ, a representative of NFOIC, and at least one additional at-large member evaluates all nominations. Each year, judging commences after Sunshine Week in mid-March. To ensure the integrity of the process, judges only become known to each other in the latter stages of the judging process.

Peter Bhatia, editor of The Oregonian and a member of the selection committee that chose Sonntag, praised him as “a public official who gave two decades to making government more open to the citizens of his state.”

“His list of achievements and his commitment to accountability during his five terms leaves a record without peer and an impact that will be felt for generations,” Bhatia added.

Besides Bhatia, the judges who reviewed nominees for the Hall of Fame award this year were: Sarah Nordgren, director of content development for the Associated Press and a member of the NFOIC board; and Linda Petersen, managing editor of The Valley Journals in Salt Lake Valley. Petersen also is chair of SPJ's Freedom of Information Committee and president of Utah Foundation for Open Government.

Petersen praised Sonntag for “a lifetime of service to preserving open government and to the FOI community.”

Nordgren noted that Sonntag “is most unusual among public officials. He both talks the talk and walks the walk. “

“He strongly and consistently warned of the dangers of limiting access to public records,” she added.

Sonntag served as County Clerk and County Auditor in Pierce County (Tacoma), Washington, before first winning statewide election as State Auditor in 1992. He was also a founding board member of Washington Coalition for Open Government.

Among numerous awards, Sonntag in 2000 received the The Freedom's Light Award from the Washington Newspaper Publishers Association, which honors individuals who have protected or advanced the First Amendment, and in 2009 the James Andersen Award, which annually honors an individual or organization whose outstanding efforts have significantly advanced the Washington Coalition for Open Government.

Sonntag, a Democrat known as a fiercely nonpartisan government accountability watchdog, won five four-year terms as State Auditor, winning 70 percent of the vote in his most recent election in 2008. After announcing he would not seek the governorship in 2012, Sonntag, who was widely expected to run, eventually endorsed Republican Attorney General Rob McKenna—with whom he frequently allied on open government issues—in his unsuccessful bid to become Washington’s governor.

Included among recommendations in Sonntag’s final report to the public as State Auditor were suggestions to modernize and centralize the state’s financial management, record all executive sessions and establish a mediation process to resolve public records disputes. He also criticized local governments’ attempts to persuade legislators to limit access to public records.

“Public officials must remember whose government it is. It is never wrong to open the doors and let the people in,” Sonntag’s final auditor report stated.

See list of and links to previous inductees here.