Four state open government champions to be inducted into the

Four “Heroes of the 50 States” — representing California, Georgia, South Dakota and Texas — will be inducted into the National Freedom of Information Coalition’s Open Government Hall of Fame for 2019. The inductees have backgrounds in journalism, local government, law and academia.

The Open Government Hall of Fame recognizes long-term contributions of individuals to open government in their respective states. Specifically, induction recognizes the “long and steady effort to preserve and protect the free flow of information about state and local government that is vital to the public in a democracy.”

Inductees will be honored during the Hall of Fame luncheon at NFOIC’s 2019 Freedom of Information Summit April 13 in Dallas. This year’s summit marks the 30th anniversary of NFOIC.

The State Open Government Hall of Fame began in 2003, and since that time, inductees from 14 states have been honored for their dedication to protecting citizens’ rights. Click here to learn more about past “Heroes of the 50 States.”

In 2017, Hunhoff wrote “In a Minutes Notice” – a 19-part series about the wealth of open government information found in meeting minutes and legal notices. It received first place in “Best Public Notice Journalism” from the National Newspaper Association, and second in “Best Use of Public Records” from the Minnesota chapter of the Society of Professional Journalists.

Post was a two-term president of the National Freedom of Information Coalition and founder of the Georgia First Amendment Foundation, which he led as president for more than 20 years. 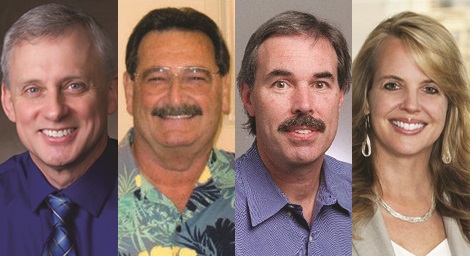 The National Freedom of Information Coalition is a nonprofit, nonpartisan organization that promotes press freedom, litigation and legislative and administrative reforms that ensure open, transparent and accessible state and local governments. It was founded in 1989.