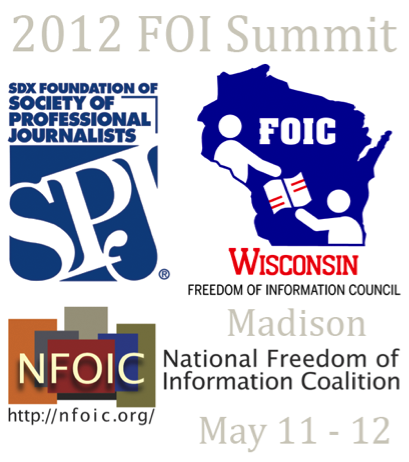 We had great panelists who participated in stimulating and informative panels at the 2012 FOI Summit on open government and transparency, networking, digital photography, campaign finance, and elected officials’ schedules.

Below, you’ll find embedded videos and links to same as well as links to other content presented there.

Please see the FOI Summit round up page for additional highlights and acknowledgments.

We also have available these Summit tweets at #NFOIC, kindly collected and provided by Justin Silverman from the New England First Amendment Coalition.

A round-table discussion with NFOIC executive director Ken Bunting, journalist and consultant Hyde Post, and Dan Bevarly, president, Public Communications Management Strategies, about an exciting new initiative NFOIC has launched to better network and connect state and regional affiliates. NFOIC recognizes the importance and benefits of having a well-connected network to collaborate about FOI and open government issues and policies. Finding ways to benefit from the use of social media and social networks will help both the Coalition and its affiliate members do a better job of meeting the communication and information needs of their members and the general public. Please see the slideshow below.

2012 FOI Summit: Making Better Use of the Web and Social Media at SlideShare.

A panel discusses the impact and issues surrounding instant digital photography as a source of public information.

Moderated by: Lucy Dalglish, executive director, Reporters Committee for Freedom of the Press and president, NFOIC. 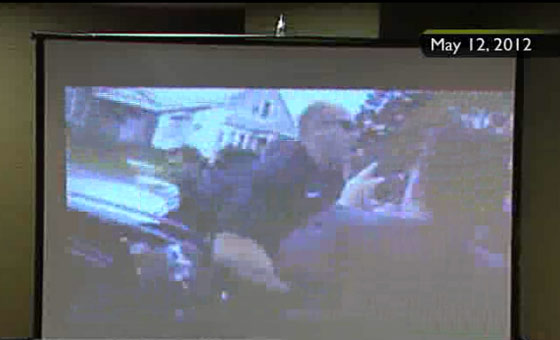 Click here or the image above to be directed to the panel video collected and provided by our friends at Madison City Channel. (Microsoft Silverlight plug-in required.)

Keynote and Hall of Fame Luncheon

Remarks and welcome from Bill Lueders, president of the Wisconsin Freedom of Information Council.

A panel of experts and scholars looks at the impact and the likely long-range effect on campaign-finance transparency from the U.S. Supreme Court ruling in the Citizens United v. Federal Election Commission case.

Panel discussion — The Governor’s Daily Schedule: His or her business? Or yours?

Has the governor split for Argentina? Is his or her daily schedule a closely guarded secret? A panel examines the varied policies and practices in statehouses around the country and weighs in on the best and worst of them. Is the schedule accessible in advance? Is the public record accessible after the fact?