Known as the “Heroes of the Fifty States,” the Open Government Hall of Fame is a joint initiative of the National Freedom of Information Coalition (NFOIC) and the Society of Professional Journalists. Inductees are recognized for their "long and steady effort to preserve and protect the free flow of information about state and local government that is vital to the public in a democracy."  Formal induction takes place on October 10th at the 2015 Freedom of Information Summit in Denver, Colorado.

Pete Weitzel began reporting in Miami in 1959. The Tampa Bay Times said of Pete in 2009, “When Pete began reporting… he covered city councils that made decisions behind closed doors and a state Legislature that conducted most of its business in private.” Pete remained at the Herald as a reporter and editor for nearly 40 years.

While president of the Florida Society of Newspaper Editors in 1984, Pete, now 79, established the Florida First Amendment Foundation to serve as a government transparency watchdog and served as its president until 1995.  In that role, he helped draft an amendment to the Florida Constitution guaranteeing citizens a right of access and served on a Florida Supreme Court commission that modified the court’s rules on court records.

Following his retirement from the Herald, Pete taught at the Poynter Institute for Media Studies. He has also taught at the University of North Carolina Journalism School and Duke Law School and served as executive director of the North Carolina Center on Actual Innocence, an organization that investigates cases of possible wrongful conviction.

In January, 2004, Pete moved to Washington D.C. and started the Coalition of Journalists for Open Government, an alliance of 32 journalism-related organizations working on open government issues.   Working with the American Society of News Editors, he helped launch the first Sunshine Week.  Pete also helped launch the NFOIC and served as its second president.

NFOIC's current president, Barbara Petersen said “Pete dealt with government officials at all levels and understood better than most, the importance of open government training and education.” Petersen, who is also the president of the Florida First Amendment Foundation added, “Florida is the leader in open government, with some of THE strongest access laws in the country. It is in no small measure due to Pete’s vision and his unflagging support and advocacy.”

The 2015 FOI Summit, which also serves as NFOIC's annual conference, brings together state and regional FOI coalitions and advocates of open government.  Karen Kaiser, SVP, General Counsel and Corporate Secretary at The Associated Press, is this year's keynote speaker. Visit NFOIC online or contact the coalition to register for this year's FOI Summit. The early bird rate ends 1 September. 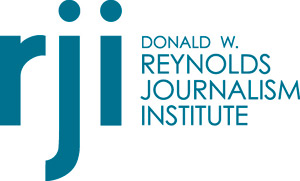