Kaiser, who serves as AP senior vice president, counsels global AP reporters on all editorial matters including subpoena and libel defense, government investigations, reporter’s privilege, and access issues. Her efforts to ensure open and transparent government include leading AP’s legal strategy against the U.S. Department of Justice following the seizure of AP’s phone records and its lawsuit against the State Department for access to the emails of former Secretary of State Hillary Clinton.

In 2014, Kaiser received the Eugene Pulliam First Amendment Award from the Society of Professional Journalists and was named as one of “America’s 50 Outstanding General Counsel” by the National Law Journal.

Co-hosted by the Colorado Freedom of Information Coalition, the 2015 FOI Summit will feature two days of panel discussions, presentations, and group interaction with experts, advocates and champions of transparency and open government.  Former Miami Herald managing editor Pete Weitzel will be inducted into the State Open Government Hall of Fame, also known as the “Heroes of the 50 States,” at the luncheon. 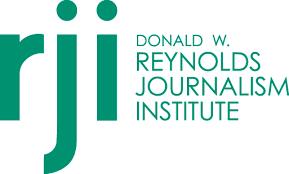