From Garden City Telegram:  About two dozen people, mostly local government officials, attended the first of five regional training sessions designed as a primer on the Kansas Open Meetings Act and the Kansas Open Records Act. The seminar was held on Monday in the Endowment Room of the Beth Tedrow Student Center at Garden City Community College.

Jointly presented by the Kansas Attorney General's Office, the Kansas Sunshine Coalition for Open Government, and the Kansas Press Association, the seminar featured a panel comprised of Ron Keefover, president of the coalition and information officer for the Kansas Supreme Court, Doug Anstaett, executive director of the KPA, and Dena Sattler, editor-publisher of The Garden City Telegram and president of the KPA Board.

"This is a right of all citizens to have access to meetings and records. We don't have any special privileges," he said. 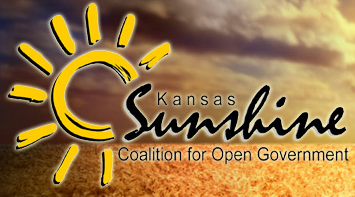 The seminar will be repeated this week in Colby, Topeka, Pittsburg and Paola with varying panelists.

More information about the laws and about open government is available on the Kansas Attorney General's website at www.ag.ks.gov/legal-services/open-govt, or through the Kansas Sunshine Coalition website at www.sunshinecoalition.com/.

Kansas Sunshine Coalition is a member of NFOIC. –eds.