The National Freedom of Information Coalition and the Brechner Center for Freedom of Information issued a statement on law enforcement transparency and accountability in response to the death of George Floyd at the hands of a Minneapolis police officer, and the following unrest and violence that erupted around the nation. 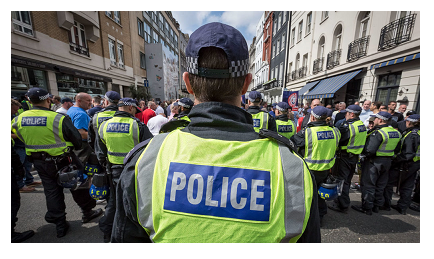 More than 50 organizations have signed on in support of the statement, which calls for states to enact reforms opening every aspect of the police misconduct oversight process to public scrutiny. The officer charged in the death of Mr. Floyd had 18 previous complaints filed against him.

A 2015 study by New York City public radio station, WNYC, researched the availability of police disciplinary records in the 50 states. WNYC found that a police officer’s disciplinary history is effectively confidential in almost half of U.S. states.

Today, only 12 states consider police disciplinary records to be public. Limited access is available in 17 states (Colorado and California added the confidential list). However, in 21 states, police disciplinary records are not open to the public. Since the killing of Mr. Floyd, and national protests seeking reforms, several states and municipalities have moved to enact legislation surrounding police transparency beyond public records. In New York and Colorado, state legislatures advanced bills this week to enact sweeping police reforms.

NFOIC, Brechner and the supporting organizations believe more public oversight in law enforcement leads to better policing, which leads to better public safety and stronger communities. Such immediate reforms are a beginning to identify and remedy secrecy throughout the criminal justice system that corrode public confidence and trust.

The National Freedom of Information Coalition is a national nonprofit, nonpartisan organization of state and regional associations representing more than 37 states and the District of Columbia. Through our programs, services and national member network, NFOIC promotes press freedom, legislative and administrative reforms and dispute resolution to ensure open, transparent and accessible state and local governments and public institutions.

ABOUT THE BRECHNER CENTER FOR FOI