The members of the National Freedom of Information Coalition voted to add two new members to the organization’s board of directors during its virtual annual meeting yesterday.

Located at the College of Journalism and Communications at the University of Florida, the National Freedom of Information Coalition is a national nonprofit, nonpartisan organization of state and regional associations representing more than 39 states, commonwealths and the District of Columbia. Through its programs, services, and national member network, NFOIC promotes press freedom, public access, legislative and policy reforms, and dispute resolution to ensure open, transparent, and accountable state and local governments and public institutions. 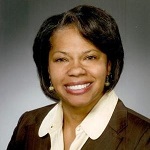 Currently the chair of NFOIC’s diversity, equity and inclusion advisory committee, Valerie is director of exploratory research for the Kettering Foundation and an adept strategic thinker, with more than 35 years of experience in solving public problems. She served as a city manager for Petersburg, Virginia, Dayton and Cincinnati, was acting chief of staff for an Ohio congressman, and served as an adjunct professor at Howard University and University Dayton. She strongly supports the idea that the government is accountable to the people, and that includes operating transparently. 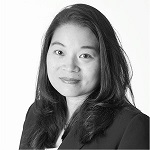 Grace is an editor at Thomson Reuters and a former general counsel for the Department of Homeland Security FOIA office. She is well-versed in federal FOIA, and also familiar with government transparency in general. An experienced counsel with a demonstrated history of working with federal government organizations, Grace possesses strong legal professional skills in Data Privacy, Federal Law Enforcement, Privacy Law, Policy Analysis, and Criminal Law.