From Dennis Hetzel, executive director of the Ohio Newspaper Association:  For numerous reasons that should be obvious to ONA Bulletin readers, we think it is important to find ways to raise the profile of the Ohio Coalition for Open Government, which is a non-profit group under the umbrella of our Ohio Newspapers Foundation. 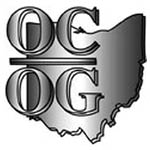 The OCOG board and ONA Executive Committee members recently held a strategic planning retreat.  I hope you share our excitement about some of these goals for the coming 12 months. Please let us know if you would like to be involved in any of these efforts:

This is important work.  Every Bulletin has several stories about battles over open government and, indeed, today’s Bulletin is no exception. Take a look, and you’ll see what I mean.

Ohio Coalition for Open Government is a member of NFOIC. –eds.