Anyone interested in transparency in state and local governments must be following the developments in the City of Atlanta. The former administration of Mayor Kasim Reed was investigated for corruption leading to a guilty plea last month by a former cabinet member. Mayor’ Reed’s administration includes another dishonor: his office’s press secretary is the first person to be charged for violations under Georgia’s Open Records Act (ORA).

The trial of Jenna Garland is expected to begin in December. She faces two misdemeanor counts of violating the state’s ORA. 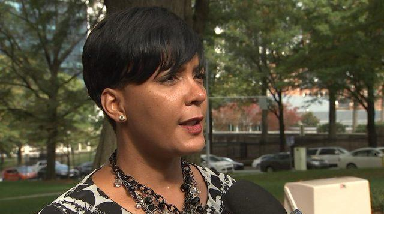 Incoming Mayor Keisha Lance Bottoms last year made it a priority of her administration to improve transparency, access and accountability. Her administration moved quickly to develop a new transparency ordinance that would create the city’s first transparency officer, require mandatory annual open records training for employees, and establish a public website that tracks public record requests.

Her administration and the Atlanta City Council negotiated the new ordinance and developing reforms with The Atlanta Journal Constitution and Channel 2 Action News –two leading news organization that pursued the “pervasive culture of non-compliance” in the Reed administration.

Yesterday, the city unveiled its new compliance policy. Mayor Bottoms and the City Council are to be congratulated. While it will take time to see evidence the new policy is living up to its intent, the steps taken by the administration are in line with recommendations by NFOIC for developing professional standards and best practices surrounding the administration of public information management.

According to NFOIC member the Georgia First Amendment Foundation’s president, Richard Griffiths, the policy reflects what the state ORA already requires. Whether this defines a new culture of transparency in Atlanta government, or ends up as a hollow policy will be up to the agencies, employees and public officials to show their sincerity and commitment to the news media and to the residents of Atlanta.

Daniel Bevarly is executive director of the National Freedom of Information Coalition, a national nonprofit, nonpartisan organization representing 35 states and the District of Columbia. NFOIC promotes press freedom, litigation and legislative reforms to ensure openness and transparency in state and local government. NFOIC is located at the University of Florida College of Journalism and Communications.